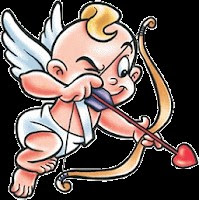 Early village newspapers were really literary magazines. Front pages were filled with stories, poetry, advice, aphorisms, and what some took for humor—“How to Make a Cannon…Take a long hole and pour brass or iron about it.” What little news crept into front pages was from major cities, taken from other papers. Inside pages had local news, which for marriages was often poetic, gossip-filled, and sometimes scandalous (e.g., Samuel Tapscott and Susan Tingley, 14 Sep 2015 blog). The following marriage notices are from the Marshall Republican:

23 Apr 1909: In order to keep their friends from finding out the great secret Mrs. Lucy Swope and James Obrist went to Effingham Wednesday of last week and were married in that city returning home Thursday morning. This is the bride’s third adventure on the sea of matrimony and the groom’s first attempt at steering the matrimonial craft o’er life’s tempestuous sea.

27 Aug 1909: Monday morning the train on the Vandalia from the west due at 7:04 brought Mr. Jeff Walters and Goldia Mae Jacobs of Vevay Park Cumberland county to the County clerk’s office where they secured the papers authorizing them to trot in double harness and hied themselves to Judge Martin’s matrimonial parlors where they were soon made one. This was a runaway match but as soon as the knot was tied they turned right around and ran back again.

10 Sep 1909: Benton Willey, age 36 and Myrtle Gudgeon age 29, both of Terre Haute were married by Esquire Benson Martin in his matrimonial parlors at noon Wednesday. The groom was a former resident of this city and it is his first marriage. The bride is a bashful young creature, but has managed to survive the shock of two former marriages and seemed to enjoy the thought of a third matrimonial alliance.

12 Nov 1909: Saturday Austin Sweet, an attorney of Terre Haute met Miss Alma Shook of Yale, in this city. They secured a permit from County Clerk J.W. Fredenberger to trot through life in double harness. They then hunted up Elder John A. Sweet who tied the knot matrimonial for them. They had attempted to keep the marriage a secret from their Terre Haute friends, but on their arrival at their Terre Haute home Sunday they were greatly surprised at the reception given them by a number of friends who met them at the station.

26 Nov 1909: Grover Hybarger, son of Mr. and Mrs. Samuel Hybarger of Paris, who formerly lived here and Miss Bertha Sidenstricker also of Paris, were married secretly at New Castle, Ind., in July last. Mr. Hybarger was working at the time for the American Express company at Indianapolis and Miss Sidenstricker was visiting her brother there when they slipped away to New Castle where they were married. They revealed the fact to her brother, James Sidenstricker at Indianapolis but concealed it from their parents until recently when Grover was transferred by the American Express company to Paris when they divulged the secret and decided to set up house keeping.

20 May 20 1910: Sunday Abel Bennett, bachelor, and Mrs. Minnie Bennett, both of Orange township, were married at the home of Richard Keller of Orange township by Rev. T.C. Bailiff. The brides maiden name was Cox and we understand was the widow of a brother of the man of her second choice.

21 Jan 1910: A romance culminated here Tuesday when Oscar Mason of Mayfield, Kentucky, applied for a license to marry Miss Minnie Robinson of Parker township. Seven years ago Dr. John F. Kirksey of Mayfield, met and woed and won Miss Amanda Robinson, a sister of Mr. Mason’s bride and in a visit to her sister at Mayfield, Miss Minnie became a victim of cupids darts and capitulated to her southern wooer.
Posted by Robert E. Tapscott at 1:44 AM 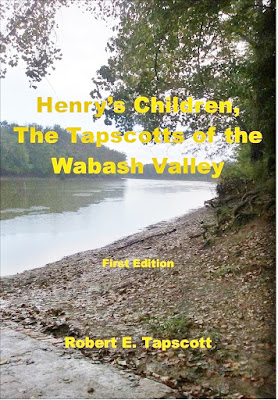 Unless otherwise noted, years in dates are from the Gregorian Calendar. All genealogical data are from primary or reputable secondary sources and never, without my warning, from unsourced online trees. Contact me to request sources, omitted here to improve readability. Readers may use any posted material for any purpose as long as this blog is cited. Most important, I need your help. Please tell me of errors, suggested additions, and photos you can contribute. I welcome questions, criticisms, comments, complaints, and feedback. Much of what is posted is going into books, which I want to be as error-free as possible.

Robert E. Tapscott
I began professional life as a Chemical Engineer, went into Chemistry, and worked for many years as a professor at the University of New Mexico. Since 1999 my interests have been redirected from chemistry and environmental research to family history research and writing. I use Blogger to promote family history contacts and to disseminate family history information. I have authored or co-authored four histories: The Never-Failing Brook, The Glenn and Mary Imle Tapscott Family; Henry the Immigrant, The First Tapscotts of Virginia (two editions); Bier und Brot, the Wehners of Southeast Missouri; and To Praise; To Bless, To Preach, a History of the Newman Dominican Community at the University of New Mexico. A fifth book, The Tapscotts of the Wabash Valley, is being written. Books on the Imle Family, the Wabash Valley Wrights, and the Summers of Southern Illinois are being worked on as time permits. I manage a Tapscott Surname DNA study at FamilyTreeDNA, administer the Tapscott name message board on Ancestry.com, and am a member of the International Society of Genetic Genealogy (ISOGG). I can be reached at retapscott@comcast.net